Why do People go to Hell?

Why do People go to Hell? 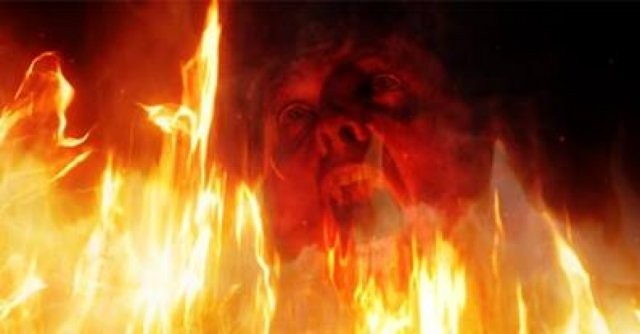 Before we answer the title question, we should address the following question:

Where Do People Who Never Hear of Jesus Go When They Die?

I believe that most Christians have asked this question at some point or another.

Why do people go to Hell?

A knee jerk response to the question might be, “Because they rejected Jesus Christ.”

Well, is that the complete answer?

“The wrath of God is being revealed from heaven against all the godlessness and wickedness of people, who suppress the truth by their wickedness, since what may be known about God is plain to them, because God has made it plain to them. For since the creation of the world God’s invisible qualities—his eternal power and divine nature—have been clearly seen, being understood from what has been made, so that people are without excuse.”

Paul tells us that man is without excuse, and the reason why they don’t humble themselves to believe in the God they know exists, is because they have an enormous obstacle they can’t overcome, this obstacle is their love for their sin. All have sinned and fall short of the glory of God (Rom. 3:23) Not just folks from first world countries with educations and technology but ALL have sinned, it’s part of our DNA, all humans, even the isolated tribesman have a sinful nature that separates them from God.

For some reason some Christians get hung up on this question. A lot of Christians even shy away from this question because, in our flesh it is hard for some of us to believe that we actually deserve an eternity in hell for our sin.

The truth about the fact that one sin you commit against a perfect eternal God deserves an eternity in Hell (James 2:10) is a truth that, once embraced, will make a huge difference in your life, especially in your evangelism work. It will cause you to want to fight sin with vigor and intensity, and it will cause you to share the Gospel like never before. As I like to say, it will put your soldier on!!

Ezekiel learned this at the beginning of his prophetic ministry. God told him in Ezekiel 3:18-19,

Notice that the outcome for the person in sin is the same. Whether anyone warns them or not, they will still die in their sin. Ezekiel had no power in himself to be able to convince any Israelite to turn from his sin; in fact (in Ezekiel 3:7), he had already been told that none would ever turn!  That was entirely God’s job, Ezekiel was just being obedient.

When we think about those around the world who have not heard the Gospel, our reaction should be two-fold. We should remind ourselves about the perfect holiness and justice of God, who will be perfectly righteous to cast every unsaved human being into Hell.  And at the very same time, our hearts should break with compassion over these lost souls, and we should pray to the Lord of the harvest to empower us and proved the resources we need to go and tell them about the only Advocate (1 John 2:1) who qualifies to represent them one day when they stand at the judgment.

People who never hear of Jesus go to Hell.  That’s why those who hear and accept the Gospel sing, “how beautiful are the feet of those who preach the good news!” (Rom. 10:15).