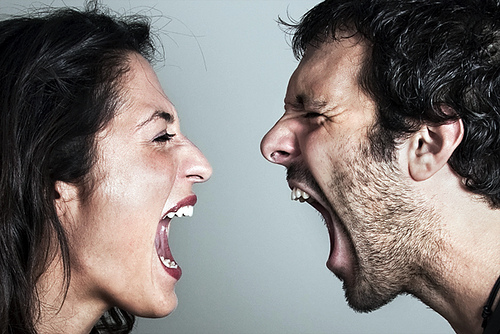 I love a good debate! An open minded debate of opposing viewpoints, well thought out and supported by facts… Unfortunately I can’t remember the last time we had one of these discussed in the media (mass or social).  Today all we see is a torrent of dramatic squabbling and emotionally charged opinions being hurled back and forth with little fact or substantive support behind them.
In order to have a productive debate about any issue, it is imperative that both sides discuss the same issue, with an open mind (and open ears!). It is unproductive, if not impossible to debate multiple things at the same time.  They just become arguments.  These heated squabbles do nothing more than further polarize us.  This is the problem I have with the majority of issues being contested on almost all the media platforms today.  The only “winner” I see is the media.
When you really look at it, all of the HOT issues today are essentially a convolution of multiple issues. For example, the wrongfulness of discrimination, the legal right a business has to refuse a service, the Biblical beliefs held by many, the definition of marriage, legality vs moral beliefs,  the misunderstanding by many that non-support of someone’s lifestyle equals hating that person…  these and other issues have become convoluted into one issue!  I don’t even know what to call it without offending someone (there’s another problem)… folks get offended and immediately go on the attack rather than productively engaging in a substantive debate.
When some of the NFL players decided to take a knee during the national anthem all sorts of folks got riled up for different reasons! Again, everything got mixed up,  the right to protest is one thing, honoring our flag is another, dishonoring military veterans is another one.  Highly paid entertainers using their celebrity to push an agenda is yet another issue.  And the blatant media bias (on both sides) is yet another issue.  I don’t think the players in this situation were clever enough to have intentionally offended so many people by disrespecting the flag and national anthem.  My understanding is that they were simply trying to bring attention to the serious issue of racial inequality that still exists in much of our culture today.  Unfortunately I think they are looking to the government to remedy the problem though (reason for dissing the flag in the first place is my guess). In reality this is a cultural/moral issue of inequality and racial divisions, not a legal or political one.  The government can’t help, and shouldn’t have the power to help.  While the reason for the protest is a valid one, it seems the players convoluted the issues when they chose to be disrespectful to the symbols of America.  This problem will not, and cannot be fixed by legal or political means.
These are just a few of the many “symptomatic” problems in the world today, or should I say OF the world today. The real issue is much deeper and much darker.  It is the very real problem of good vs evil, the physical world vs the spiritual world.  Honor, respect, tolerance, acceptance, etc. are wonderful things but are just bandages and salves for this world, not a cure.  They will have no affect on the deeply rooted infectious disease of evil.
I find it very tiring to hear all the “be nice to each other” talk and “beating around the bush” regarding a solution to the worlds mess so I’m just going to say it. The only solution is one that has been with us all along, it is the radical antidote to the poison, it is Jesus Christ.  To be more specific the only solution is found in the understanding and acceptance of the death, burial and resurrection of Jesus Christ as the perfect sacrifice allowing those that believe to be forgiven of their sins, become righteous before God and live eternally in communion with Him.  In the Bible, Death always means a separation from something.  In it’s simplest sense, physical death is the separation from life.  In the eternal sense, spiritual death is the separation from God.  We are all born into sin and will die a physical death one day.  But those that die without Jesus Christ as their Lord and Savior will also die in their sins, they will die a spiritual death, eternally separated from God.   So rather than spending so much time, energy, and media attention on how we sinners are sinning so much and treating one another so poorly, maybe be should be spending our time energy and focus on knowing the savior of the world, Jesus Christ.